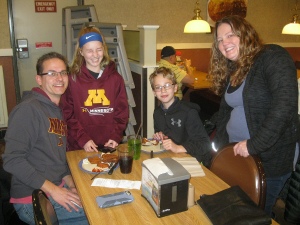 Our little ninja! A cool outfit from grandpa (ông nội) & grandma (bà nội). #nguyenschooltkd
A new blue belt promotion! Mr. Devin Govaert successfully completed his test this evening. Way to go Mr. Devin!! #nguyenschooltkd
Join us in a fun 5K run/walk in an effort to raise awareness for colorectal cancer at the 2021 Get Your Rear in Gear! The event takes place on Sunday, August 29th at Veterans Memorial Park in Richfield.
Every now and then I get a cool drawing or nice note from a student. This one coming from our very own Mr. Toby Schmitz. Thank you Mr. Toby! I have your card sitting on my work desk. #nguyenschooltkd
One step closer! Mr. Khiem Nguyen completed his test earning him a brown belt promotion. Great Job! #nguyenschooltkd
A pattern here, a break there was all there was left. Mr. Andrew Reyes-Diaz and Mr. Ethan Sutton successfully completed their test and earned their new belts. Congrats Mr. Andrew and Mr. Ethan on your yellow belt promotion! #nguyenschooltkd